Big companies can mobilize highly skilled teams and resources, in addition to providing innovative solutions to face the situation 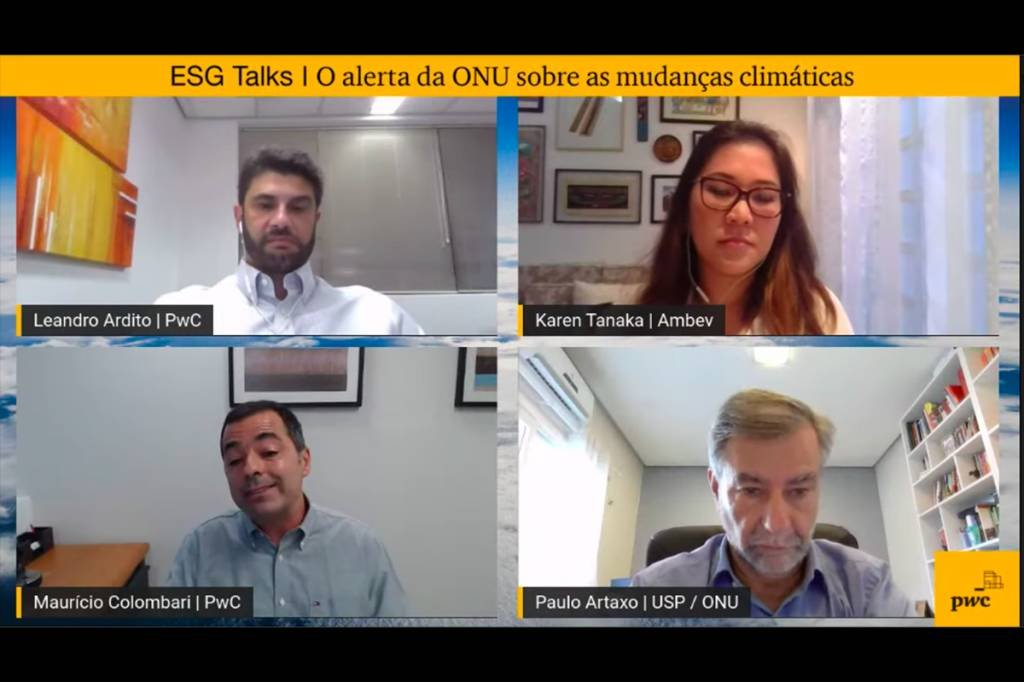 Fighting the advance of climate change is an urgent practice that involves governments, private initiative, and society in general. Even though the subject needs quick action, and its popularity is on the rise, the truth is that there are still few companies that have already embraced the cause.

Mauricio Colombardi, ESG leader at PwC Consultants, says a recent survey of companies on the Ibovespa, the main Brazilian stock exchange index, showed that only 16% of them committed to becoming net zero. “We know that making this commitment is not easy”, he commented during the special ESGTalks, which PwC held on September 15th on its YouTube channel, with the theme “The UN Climate Change Alert”.

“As a society, we must think about the future we want to build. I think it's still in our hands”, he added.

According to him, the low level of commitment to the reduction of greenhouse gas emissions is a consequence of the many simultaneous challenges that companies face – the COVID pandemic, cybernetic issues, taxes, political uncertainties, etc. “The climate issue was not among the top ten concerns in a survey we did recently. But extreme weather events are already happening, and regulations should put the issue at the center of everything, for governments and companies,” he says.

Paulo Artaxo, Professor at USP (University of São Paulo) and member of the Intergovernmental Panel on Climate Change (IPCC) of the United Nations (UN), who also participated in the conversation, reinforced the urgency of the agenda. “The report is a warning to society. He does not advocate that we are all going to burn to death, but it is a warning that the current socio-economic model is unsustainable even in the short term, and that we need to reduce greenhouse gas emissions in the shortest time possible”, he commented. Among the main actions, according to Artaxo, are “stop burning fossil fuels, curbing deforestation in the Amazon Forest and changing consumption habits, especially in developed countries, because they are depleting the planet's natural resources”.

He warns that, if none of this is done, we will have a temperature increase of around 3 to 5 degrees, with 30% less rain in part of Brazil, "turning the agricultural productivity we have today unfeasible."

Karen Tanaka, PhD, sustainability manager at Ambev since April this year, sees that the private sector is following the guidelines of science – having joined a multinational is an example of this. For the executive and researcher, the role of the private sector is fundamental, because large companies can mobilize highly trained teams and resources, in addition to providing innovative solutions. “If we don't move, all sectors will be hit hard, in terms of finances and reputation,” he says. “Are companies ready to lose resources, including talent? Because young professionals do not want to join companies that do not defend a more positive attitude in this social role.”

For her, the current “ESG wave” is an example of how the private sector has moved in this direction. “Companies are part of the problem, we know that, but we are also part of the solution. I think that in the end it's the only way out.”