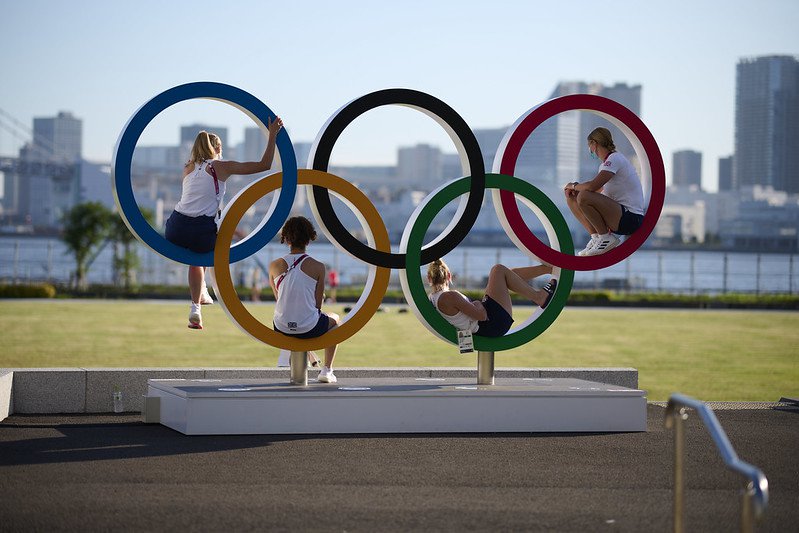 The organizers of the 2020 Tokyo Olympic and Paralympic Games say the event is opening a path to the future in terms of sustainability. From medals made from recycled cell phones to gender balance and the Pride House (living center for the LGBTQIA+ community), the event embraces sustainability in a way never seen before at the Olympic Games.

Here are some of Japan's initiatives for a green Olympics:

Only eight new competition venues were built from scratch. About 25 of the 43 Olympic and Paralympic venues already existed, some of which were used in the 1964 Tokyo Olympics.   Many have been updated with advanced construction technologies to reduce energy consumption. Another ten sites are temporary structures designed to minimize construction costs and energy use.

Produced from aluminum waste from a temporary house built after the 2011 earthquake. In addition, the T-shirts and pants worn by flame bearers were made from recycled plastic bottles collected by Coca-Cola. 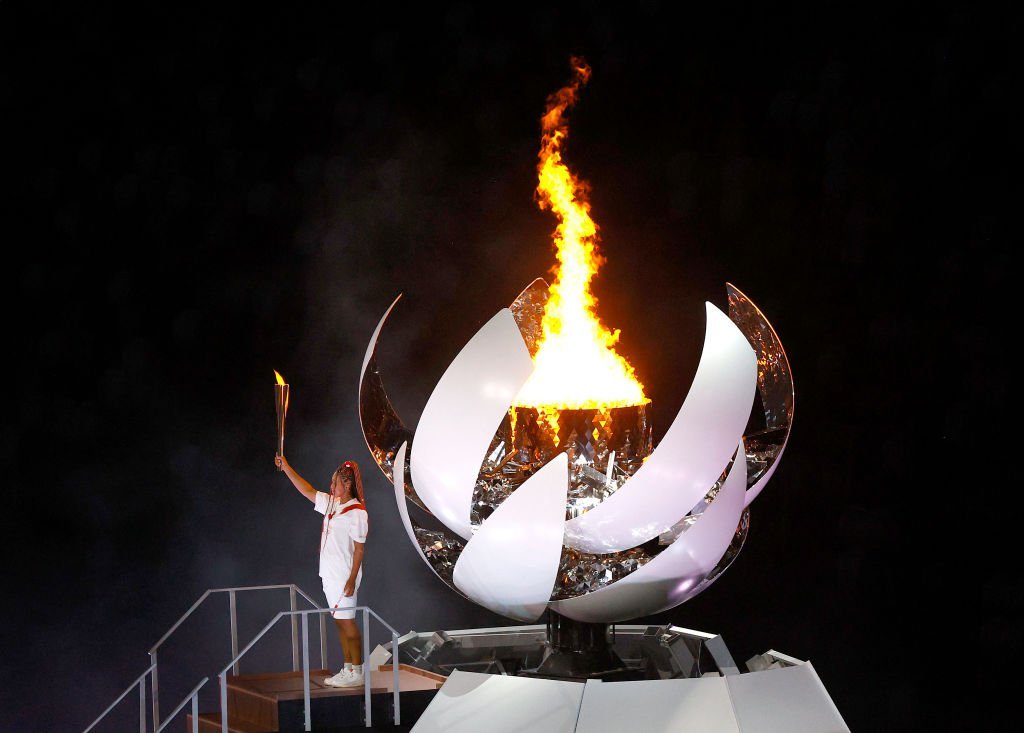 Metal recovered from nearly 79,000 tons of smartphones and other electronic devices donated by the Japanese population were used to make the 5,000 Olympic and Paralympic medals. 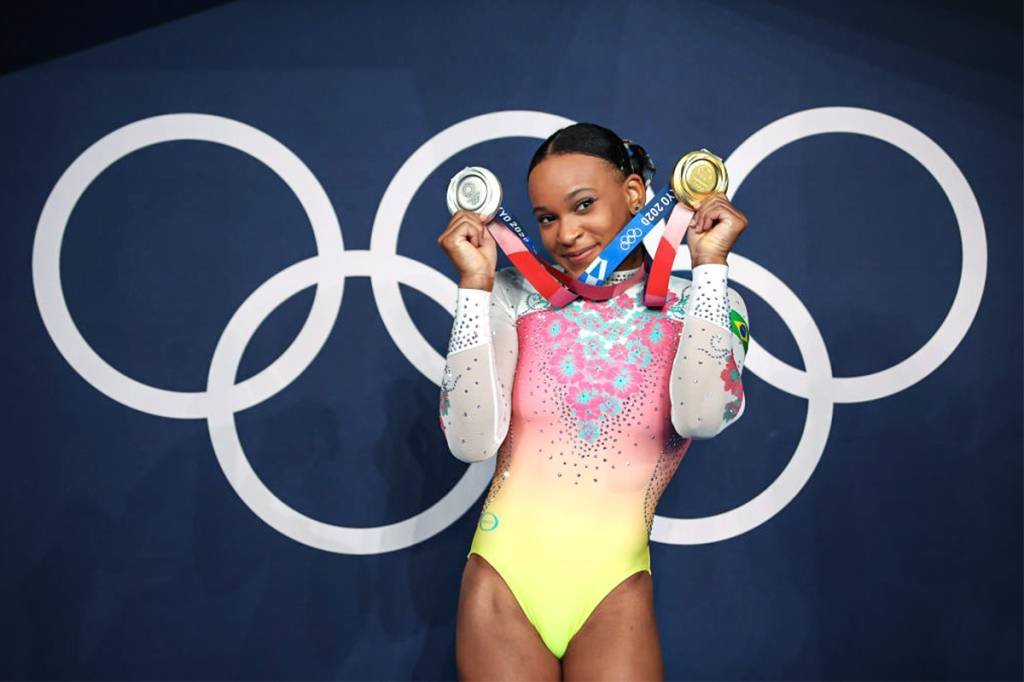 Medalists climb onto podiums made from recycled plastic waste, an initiative in partnership with Procter & Gamble.

Of all goods purchased for the Games, 99% will be reused or recycled. Timber donated by more than 60 cities for the construction of the Athlete’s Village, for example, will be dismantled after the Games and returned to the communities for reuse.

The organizers have leased most of equipment instead of purchasing them. About 65,000 computers and tablets and 19,000 desks, chairs and other appliances rented for the Games will be returned and reused after the end of the event.

The 18,000 beds used by athletes are made of recyclable cardboard. The frames are over 2 meters long and support up to 200 kilos. Even mattresses can be recycled into plastic products. 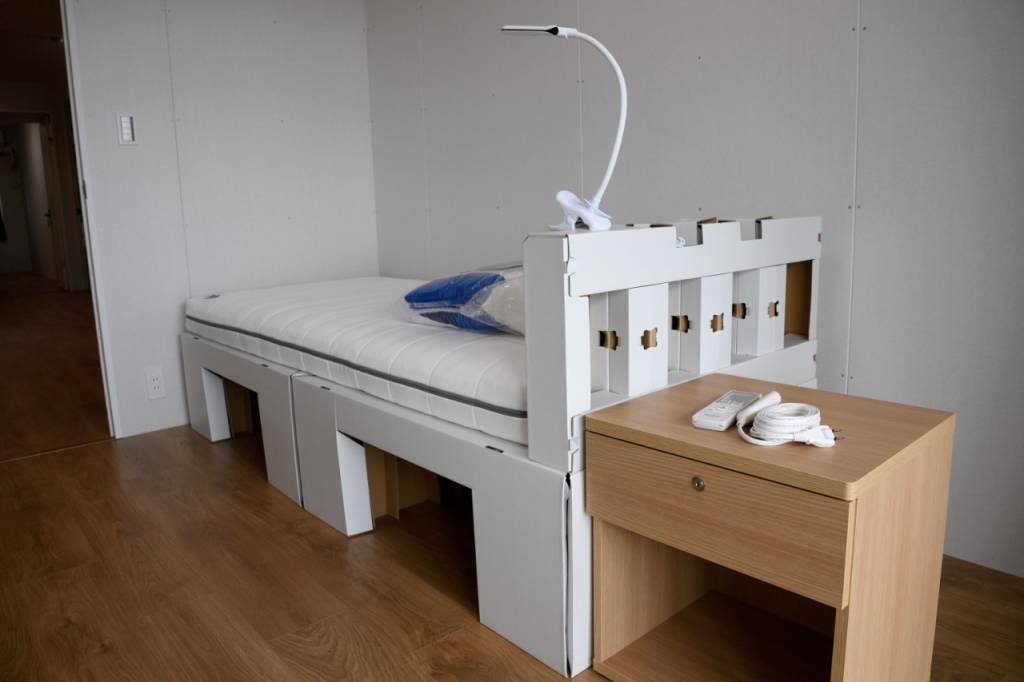 One of the rooms at the Olympic Village: cardboard beds hold up to 200 kilos (Akio Kon/Reuters)

Much of the energy for Tokyo 2020 comes from renewable sources, including solar panels and wood biomass energy, which uses construction waste and tree shavings in Japan to produce electricity.

Ariake Urban Sports Park is powered entirely by renewable solar electricity produced in Fukushima. The venue hosts BMX freestyle, BMX racing and skateboarding events. Wherever it has not been possible to use renewable energy, Tokyo 2020 is using green energy certificates to offset the use of non-renewable electricity. According to the organizers, the Games will go beyond carbon neutrality, offsetting more emissions than the event itself. The offset program covers all direct and indirect emissions, including transport and construction.

Still, there is criticism. Tokyo 2020 has been accused of being shallow in its sustainability efforts. A study carried out by the University of Lausanne, in Switzerland, indicates that, in fact, the current Olympic Games are the third least sustainable Olympics since 1992 – mainly due to the size of the event.

David Gogishvil, co-author of the study, said the International Olympic Committee's efforts are important but limited and insufficient. From his point of view, unless the Committee strongly limits the construction aspect and the overall size of the event, there will always be criticism for “greenwashing”. Big events cause a chain of economic, social, and environmental impact.

To illustrate this when Tokyo hosted the Olympics in 1964, 5,500 athletes participated. This year there are about 12,000.