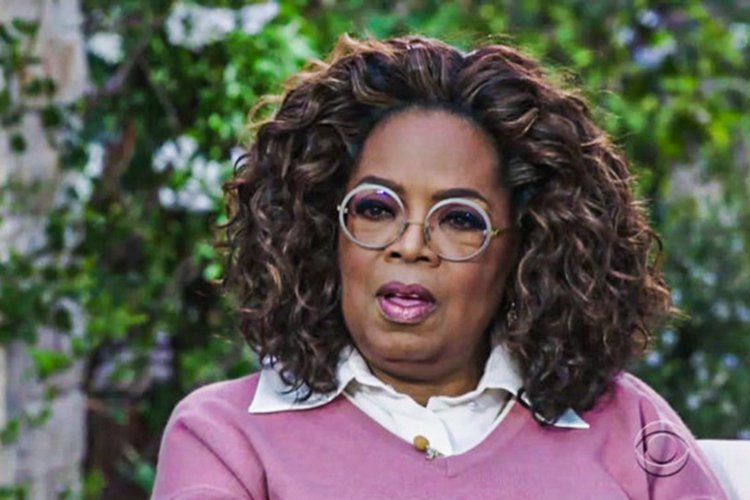 The acclaimed, Emmy-nominated series “Oprah's Master Class” tells the stories you've never heard from the people you thought you knew best. Hand-picked by Oprah Winfrey for their unique impact on the world, true modern masters from Academy Award-winning actors, to Grammy-winning musicians, to ground-breaking athletes, share the greatest lessons they've learned along the way. In an intimate setting, they share their successes, their failures, their triumphs, disappointments and heartbreaks.

hand-picked - used to describe someone who has been carefully chosen for a particular job or activity
ground-breaking - If something is groundbreaking, it is very new and a big change from other things of its type

1.
Throughout her childhood in New Orleans, she always looked at things a little differently. She first became known to home audiences with a memorable appearance on "The Tonight Show Starring Johnny Carson." For years, her easygoing comedy style was masking a secret, but that changed in 1997 when she came out in front of 42 million viewers on her sitcom. It was an emotional first in the history of television that will forever place her among trailblazers, and remains a valuable lesson on compassion and living proof that your truth will set you free. Since 2003, she has danced her way into the homes and hearts of millions of viewers with her Emmy Award-winning daytime talk show.

easygoing - relaxed and not easily upset or worried:
trailblazer - the first person to do something or go somewhere, who shows that it is also possible for other people

2.
The Oscar- and Golden Globe-winner actress says she already knew at the age of 11 her goal in life - it wasn't to be a dancer, an entertainer or even an actress. Her goal was simply to be happy. When she turned 50, she says she wondered what else she was going to do with her life, and began searching for ways to give back. That's when, she says, she discovered the beauty of getting older: making the world a better place with the wisdom she's accrued over the years. She also discusses her extraordinary career, her famous daughter, Kate Hudson, and her relationship with longtime love, Kurt Russell.

3.
Academy Award-nominated and Emmy- and Golden Globe-winning actress, she opens up about her career, fighting to survive a brain aneurysm and the valuable lessons she's learned along the way. She is known for her iconic beauty and indelible roles in "Basic Instinct" and Martin Scorsese’s "Casino." She shares her thoughts on aging in Hollywood: “I don't believe that being 19 or 20 or 25 or 30 or 35, that any of these moments are 'the moment' of ultimate beauty," she says. In 2001, she was knocked over with a pain so severe, she felt as if she had been shot in the head. After surviving the brain aneurysm, she had to relearn how to walk, talk, hear and write. She says she lost her career, marriage and custody of her child in the process. Though it was the darkest period in her life, she believes that starting over actually made her life richer and showed her how to stay in a place of gratitude.

4.
He has sold more than 100 million albums, with classics such as "How Sweet It Is," “You’ve Got a Friend” and “Shower the People.” In 1968, when he was just 18 years old, he opted out of college and talked his parents into buying him a ticket to London. He arrived with guitar in hand and set out to travel and play music - and he has earned his place as one of the best songwriters of all time. He speaks openly about working hard to avoid his family's curse of addiction: "The sooner you get over it, the sooner you get on with your life." He also explains his process of tapping into the emotions that sometimes can only be expressed in a song.

curse - magic words that are intended to bring bad luck to someone
addiction - an inability to stop doing or using something, especially something harmful:

5.
Actor, producer and Grammy-winning musician, he talks about how his mixed cultural background influenced his signature retro music style and how he challenged the industry with his unconventional image. He opens up about his upbringing and how his father's infidelity affected him as a young boy. He also explains why, despite his incredible success as an artist, his favorite place to find peace is a small trailer parked on the edge of a Bahamian beach. Plus, he imparts the best lesson he's learned about love.

upbringing - he way in which you are treated and educated when young, especially by your parents, especially in relation to the effect that this has on how you behave and make moral decisions
to impart - to communicate to someone