An entrepreneur, a scientist, an activist, and a common purpose: working for the environment 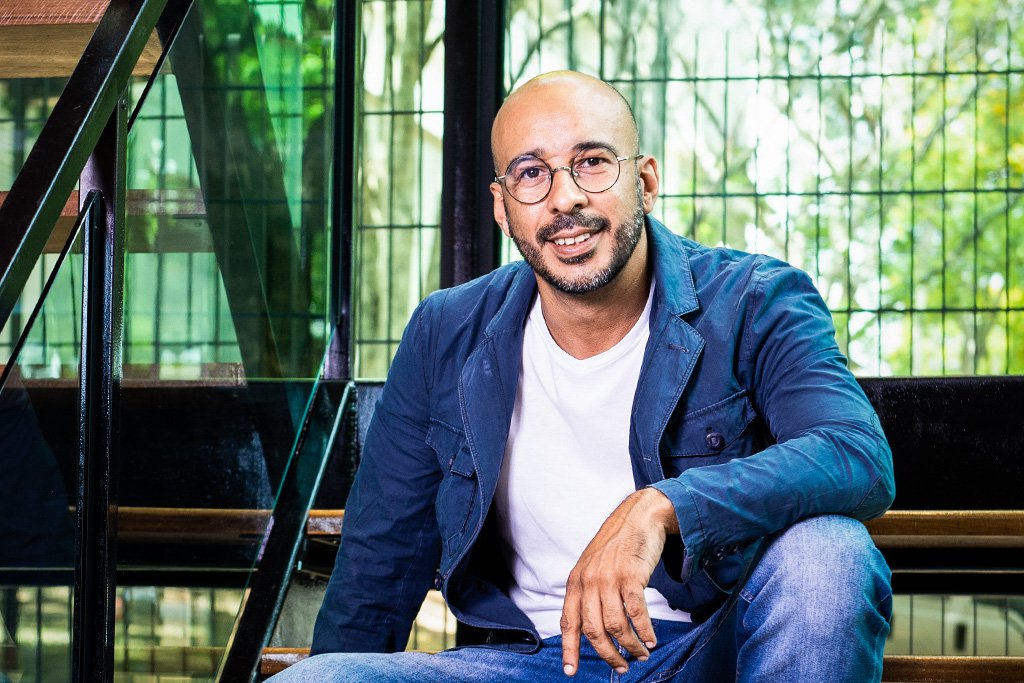 More than just statements or marketing strategy, what the planet currently needs is actions. Initiatives that concretely promote changes in behavior that are so necessary for its preservation. These three Brazilians are examples of those who have acted – each in their own field – towards this goal and rightfully have had their work recognized around the world.

Solving a serious global problem on the climate front: the high emission of CO2 due to forest fires and plantation areas. Bearing this in mind, Rogério Cavalcante founded umgrauemeio* (one degree and a half) [former Sintecsys] five years ago, a startup using technology to deal with the issue intelligently and efficiently. In recognition for his performance as CEO of the company in 2020, he was included in the prestigious list of Meaningful Business 100 that presents worldwide business leaders who stand out for combining profit and purpose a contribute to achieve UN’s Sustainable Development Goals (SDG).

With a proprietary artificial intelligence system, umgrauemeio uses cameras that rotate 360°, 24 hours a day, to monitor large areas, looking for any signs of smoke within a radius of 15 kilometers. The algorithm then analyzes the images in real time and gives the alert, reducing detection time from 48 hours to just three minutes.

“Every fire starts and can be put out with one foot, depending only on the time it takes to identify the focus. The longer the time, the greater the problem. It was necessary and urgent to develop a solution that would allow early and automatic detection of fire spots”, says Cavalcante.

According to him, the company currently has about 20 customers, all triple A. More than 11 million acres are monitored in Brazil, with 3.7 million of native area, through 14 control rooms distributed in ten states. And on the horizon are plans for the private sector to sponsor the service for regions such as the Pantanal, Amazon, parks, and national reserves.

In addition to protecting the environment, the software also measures reductions in CO2 emissions from avoided fires. “Customers confirm impressive gains, such as reduction of up to 90% in the area burned when compared to the years before the system was implemented, with payback for the entire solution in a few months”, he says.

With a Law degree, Cavalcante has always sought to give meaning to his professional life through entrepreneurship, in the most varied sectors. And it started early: although I'm 44, I've been doing business for over 30 years.

In this new and successful venture, he invites other entrepreneurs to reflect: “How can there be profit with damage to the environment? After all, what kind of profit is this? For whom? We are facing new times and an incredible opportunity to make all the difference in our planet, with profit, purpose, transparency and in a sustainable way, as this is a new form of economic valuation of a business activity, and there is no turning back 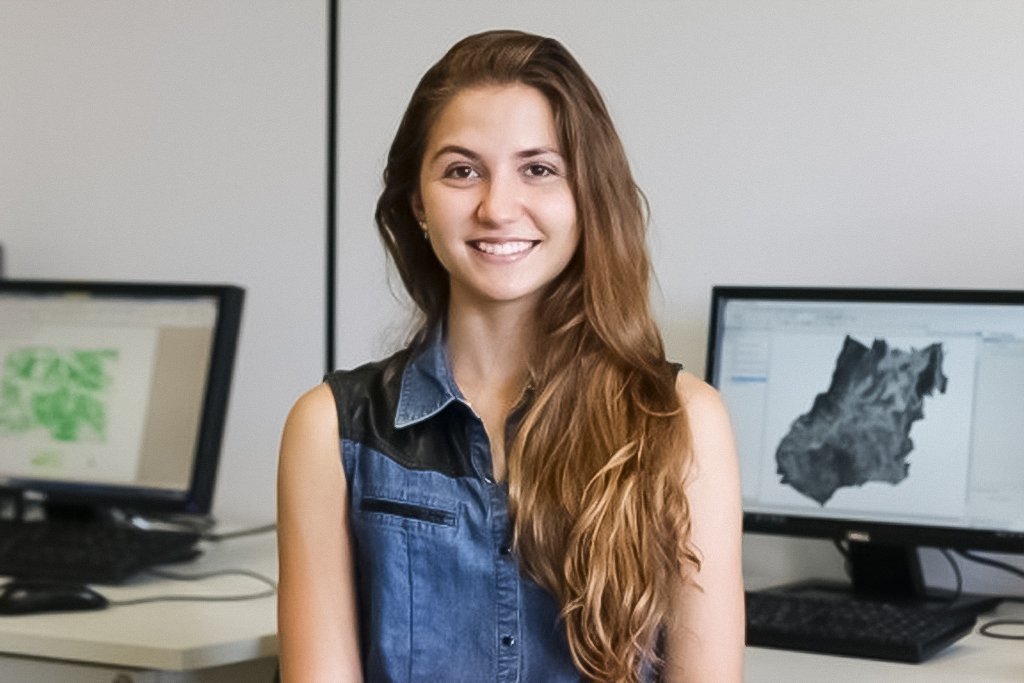 The geographer and with a Master’s degree in Demography at Unicamp, Karina Berbert Bruno was one of the winners, among 430 participants from 80 countries, in the Space4Youth international competition.

The award is organized by the UN Office for Space Affairs in partnership with the Advisory Board on Spatial Generation, aiming at bringing visibility to projects and studies by young people that relate to space and climate issues.

Karina won with an essay about the use of space images to mitigate climate change in the Savana, the second largest biome in South America. She explains that these photos, taken from sensors and satellites, go far beyond simple pictures. They are a set of information about the photographed region, with aspects such as relief, rivers, particles suspended in the air, temperature, ocean level – all updated in short periods of time.

And here is where practical relevance of her study lies. “This constant update allows us to regularly monitor the changes that occur in these ecosystems”, says Karina. “They are tools to effectively and instantly guide government actions to combat deforestation, fires, air pollution and several other changes caused by human beings that compromise the balance of the planet, especially the climate”, she says. According to the geographer, these records are also crucial to guide long-term actions in the region, such as preservation strategies and incentives for sustainable agricultural production. And they can be widely used in science and civil society, providing a better understanding of the transformations that are taking place and how to face them.

For Karina, one of the important points of having her work awarded is to highlight science made in Brazil, and by women. It also draws the attention of other countries to what happens in Brazilian biomes that are fundamental for maintaining the balance of ecosystems in the world, directly related to the effects of climate change.

“I was really happy and honored. This means that Brazilian science and research remain firm in defense of the environment and that women researchers are present and claim their performance." 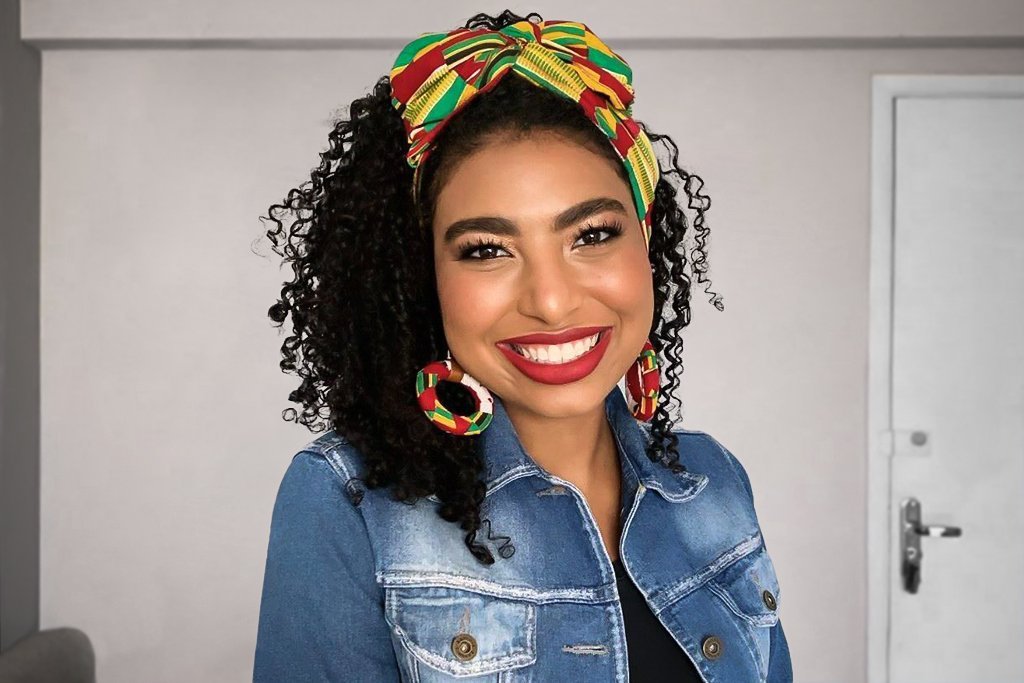 24-year-old climate activist, Amanda da Cruz Costa, works on multiple fronts, nationally and globally. She is a young UN ambassador, Brazil's delegate to the Y20 (the G20 youth engagement group) and is part of several initiatives, such as the Global Shapers Community, a program of the World Economic Forum for young people with potential to transform their realities.

Graduated in international relations, she is in line with the  Agenda 2030 and focuses on mobilizing young people to build a more sustainable, inclusive, and collaborative world. To do so, she uses as main tool Perifa Sustentável (Sustainable Suburbs) project, an Instagram profile that seeks to democratize knowledge about the climate, the environment, and equal rights in the suburban areas.

The idea is to inform and, especially, show that these matters are of everyone and for everyone, which is not always easy. “The biggest challenge of the project is to pierce the bubble, bring the outskirts to the center of this debate. Because of the socio-environmental speech is based on a stereotype that only elite people can raise these issues, they are comfortable enough to talk about this theme”, says Amanda.

Her goal is to change that perception. “I want to engage the black youth in the suburbs to participate in socio-environmental discussions and occupy space with decision makers. Because our future is at stake here”, she says.

She has a motto that guides her in her life and is the great inspiration she would like to pass on to her followers. “I repeat this to myself every day: I am grateful for the life I have as I’m building the life I dream of. Although the scenario is very challenging, from the moment we engage politically, articulate with different actors, and promote tangible, practical actions, we manage to transform our reality. I want it, and I'm working on it, mobilizing my people towards it.”

* The name of the company refers to the main environmental goal in the world today, of limiting the Earth's temperature rise to 1.5 ºC