With 14 floors, Eurobusiness treats 100% of the wastewater and redirects it to the toilet piping 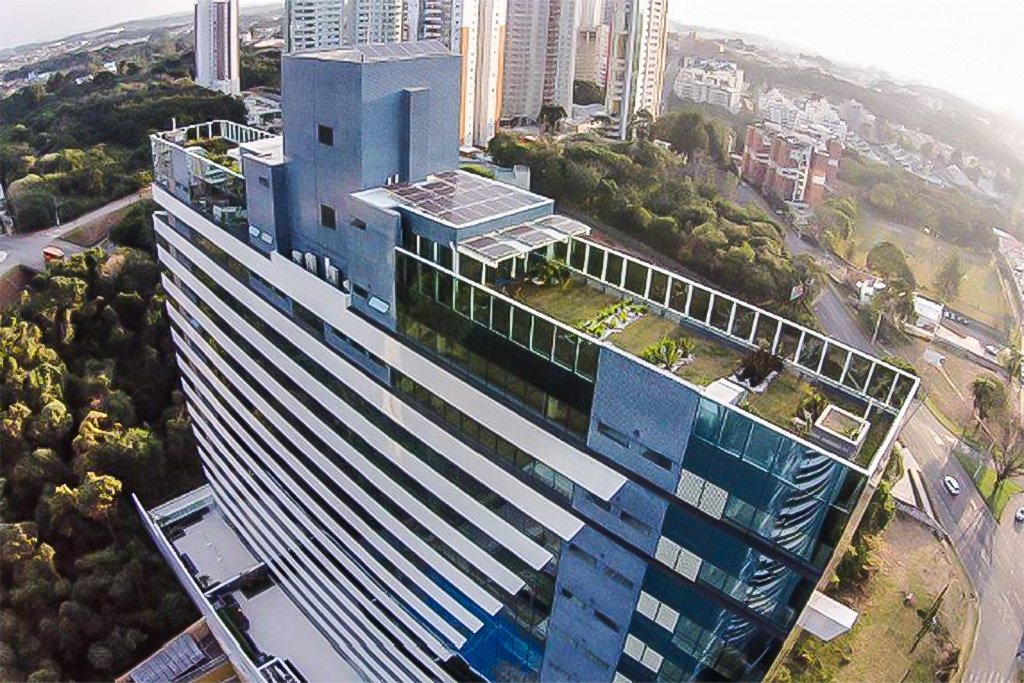 In 2021, for the first time, the federal government issued a “water risk” warning in Brazil. With the period of little rain until October, mainly in the Southeast and Center-West regions, in addition to Paraná, the recommendation is to take measures to reduce consumption – both water and electricity, since the main source of electricity in Brazil are the hydroelectric plants.

In the state of Paraná, by the way, 14 municipalities are suffering from water rationing due to low rainfall.

At the same time, the first building in the world to obtain LEED Zero Water certification is in the capital of Paraná.

The certification attests that the Eurobusiness building, in Curitiba, is self-sufficient in water. With 14 floors, the development treats 100% of its wastewater (gray and black) on site through a green roof associated with a biological station for effluent treatment and an artesian well providing drinking water.

The city building code requires that greywater be treated and reused and that a watershed be installed to reduce runoff rates.

In a conventional design, these systems would be housed underground, occupying the space of about two parking spaces.

To reduce initial costs and free up parking space, Guido Petinelli, from Petinelli consultants, who worked on the Eurobusiness project, suggested storing rainwater on the roof. By doing so, a pool of water covers the entire surface of the deck.

A raised floor system designed for outdoor use was covered with fine gravel and planted with macrophytes, aquatic plants that thrive in or near water.

This constructed wetland is part of the treatment system, where water residuals are redirected to the toilet flush or are infiltrated on site.

No chemicals are used in the treatment process and the drinking water is provided by an artesian well on site. 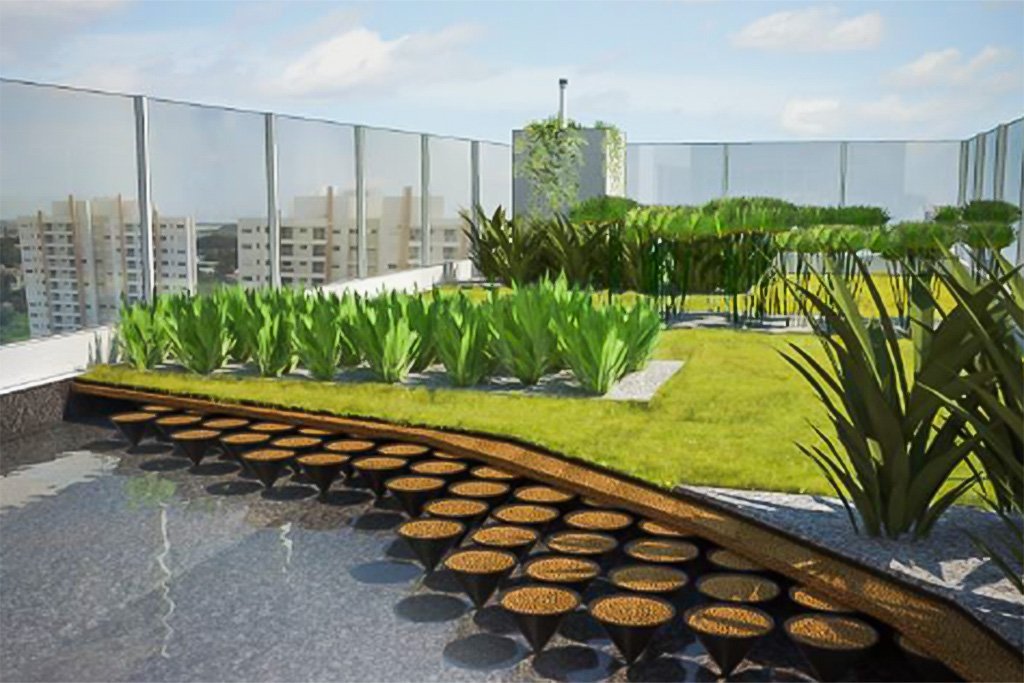 During 12-month period of measuring, 65% of all water used was recovered. One on-site artesian well serves as the main source of drinking water for the building, and the building uses only treated drinking water by the city as an alternative source. Most rainwater is also infiltrated on the site.

The Eurobusiness project helped favoring the approval of the certification, as Petinelli explains. “The building had already installed meters for drinking and alternative water sources. When it came to certification, it was easy to demonstrate compliance with LEED Zero Water requirements. All that was needed was the measured data for the period of one year.”